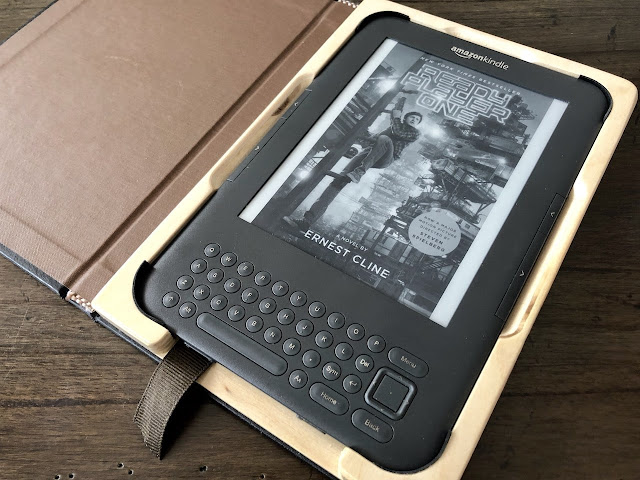 I decided to dig out my old Amazon Kindle, a 3rd generation model with keyboard, which I last used, well, probably 3 years ago. Unsurprisingly the battery was flat, which feels weird when you're looking at a screen with writing on it because we're used to screens being dead when they have no power, but that's the beauty of e-ink I guess. But after sitting dead for who knows how long, was the battery toast?

I plugged it in to a high power USB charger overnight but in the morning it was still as dead as a dodo... Hoping that I wouldn't need to break it open and swap out the battery, I tried unplugging it and plugging git back in a couple of times. Eventually the orange charging LED on the bottom lit up (I had forgotten it existed) but it would stay on only for a second before flashing quickly and shutting off. I kept unplugging it and plugging it back in and eventually the light stayed on which indicated it was charging so I left it alone. When I came back to it, it was working perfectly. I'm not sure how long the battery life is compared to what it was new some 8 years ago, but I'll soon find out.